The future of food, served up right here in augmented reality

Examine the foodstuffs that might sustain mankind in 2050, right on your kitchen table

THE WORLD will need to rethink its approach to food as the planet warms and the population grows towards an expected 9.7bn people in 2050. Several options are on the menu, including wider adoption of insects such as crickets and mealworms as a source of protein; artificial meat made from vegetable protein, or grown in vats; using spirulina and other forms of algae as a food supplement, or a foodstuff in its own right; and futuristic protein shakes that provide a nutritionally complete meal in a glass—handy for the busy astronaut who needs to get back to exploring Mars. Or perhaps we’ll use food robots that download recipes and 3D-print our meals from cartridges of ingredients, opening up all kinds of new shapes and textures for the cooks of the future to explore.

These different approaches each have pros and cons. But one thing is clear: consumer preferences will play a big part in determining the outcome. So which of these futuristic foods would you want to see on your table? Thanks to the magic of augmented reality (AR), which projects virtual objects into the real world, you can take a close look at some of the options in the comfort of your own kitchen. For The Economist’s first foray into AR, we have teamed up with Kabaq, a startup based in New York that operates at the intersection of AR and food.

Use your fingers to move, zoom or rotate it—and, most importantly, decide whether you’d want to eat it. (Alas, AR technology does not yet capture taste or smell.) Tap the plate to see an infographic explaining the implications of each food choice; there’s also a brief audio commentary. We invite you to share an image with the hashtag #econfood once you’ve decided which of these options for the future of food you find most appetising. Tuck in! 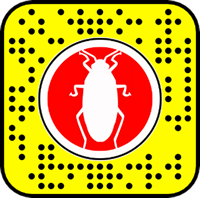 Our futuristic menu starts with breakfast: a waffle made of mealworm flour, served with baked, crispy mealworms, dry-roasted crickets, strawberries and chocolate sauce. Around 2bn people already eat insects; there are over 1,500 edible species, and they are rich in protein. Insects convert feed into food very efficiently, while producing few greenhouse-gas emissions. So they could be a sustainable source of protein in a warmer, more crowded world. But not everyone likes the idea of eating beetles, caterpillars or crickets. Most edible insects are caught in the wild, so it’s unclear whether they can be farmed at scale. And there has been little research on safety, toxicity and allergies associated with insect consumption. But perhaps the biggest obstacle to the wider consumption of insects is the “yuk” factor: many people in the West will happily eat shrimps or whitebait, but recoil at the idea of eating locusts. It’s worth remembering, though, that consumer tastes can change quickly. Just twenty years ago, few people in the West regularly ate sushi. If all else fails, insects could be used as an invisible ingredient in foods like pasta sauces. That might make lunching on locusts more palatable. 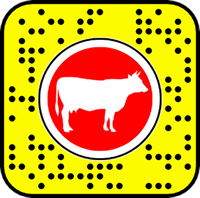 This may look like an ordinary hamburger, but it is in fact a Beyond Burger made of plant-based protein, including red beets to give it a meat-like colour and allow it to “bleed”. Artificial meat, whether made from plants or grown from animal cells in vats, is getting cheaper and more realistic, and could be much more sustainable than livestock farming. Today meat production uses huge amounts of water, and livestock emit more greenhouse gases than all the world’s vehicles. They also take up a quarter of the planet’s available land. So making artificial meat could be much more environmentally friendly—and less cruel to animals, 65bn of which are killed every year for food. But although the price of production has fallen dramatically, it still costs three times more than real meat. And if attitudes turned decisively against meat, that could threaten the livelihoods of 1.3bn people who depend on livestock farming for employment and food security—potentially a much bigger threat to employment than automation. But there is no question that artificial meat has real potential.

A form of algae that thrives in the highly alkaline lakes of Africa, Mexico and Myanmar, spirulina is the wonder-food that has never quite taken off. Spirulina powder is 60% protein by weight, and can be mixed into other foods, as shown here with cookies, or taken as a food-supplement pill. Dried cakes made from spirulina, called dihe, are a traditional food in Chad, where spirulina is included in most meals. Growing spirulina in tanks can yield 20 times more protein per unit area than soyabeans, and more than 200 times more than beef, while using much less water. But scaling up production in open tanks is hard, because as the algae blooms form, they prevent sunlight penetrating deeper into the water. And some algae species are toxic, so ensuring purity is vital. The United Nations has endorsed spirulina as a promising food for the future—back in 1974. So far, spirulina remains the food of the perpetual future. 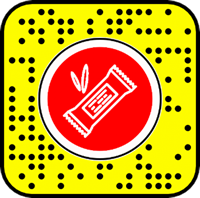 Why eat conventional food at all, when you can get all the nutrition you need from a shake or snack bar? Such meal-replacement products, which are growing in popularity, provide a nutritionally balanced meal you can consume quickly. They let athletes, slimmers and astronauts monitor their dietary intake precisely. And if you’re an entrepreneur running a Silicon Valley startup or a scientist exploring the surface of Mars, do you really have time to cook spaghetti or prepare a curry? To techy types, this seems much more efficient and futuristic. But unless you’re mega-rich, it can be an expensive way to save a little time. The implications of long-term consumption are unclear, and many of the health claims made about meal-replacement products are unsubstantiated. And why abandon the pleasures of real food for something that tastes boring and may still leave you feeling hungry? You’d have to have a very good reason.

This unusual platter is made of 3D-printed red-pepper hummus. It was created using a printer made by Natural Machines, and is here served with smoked black cod, cherry tomatoes, greens and sprouts. Proponents of 3D food-printing imagine loading a machine with capsules of ingredients, like the cartridges that go into an inkjet printer. It would then heat, cook and combine these ingredients into finished foodstuffs. Food printers could potentially prepare a wide range of meals from a handful of basic ingredients, which could be handy for time-pressed parents, the elderly, and astronauts: no wonder NASA has funded the development of a pizza-printer. Ugly vegetables and other food that currently goes to waste could be turned into raw materials for printing. New shapes and textures would become possible, and it would be easy to cater to special dietary and nutritional needs. But 3D food printers are currently slow and expensive, and can print only a limited range of ingredients that can be squeezed through nozzles. Your local pizza-delivery service has nothing to worry about just yet; the food replicator in “Star Trek” is still a long way off.